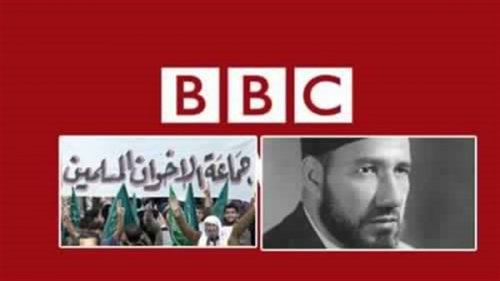 Turkey and the Government of National Accord(GNA)  continued to spread lies about the United Arab Emirates about the Libyan crisis, the latest of which was the BBC's news about the killing of 26 unarmed students by drone in Tripoli in January 2020 under allegations that the UAE was behind the matter.

Who is behind the matter?

The Hamdeen regime is involved in the matter, due to the close relationship between Qatar, the BBC and the Muslim Brotherhood organization.

Observers said that the so-called documentary that the channel recently broadcast about the role of the UAE in a massacre committed in Libya is nothing more than political propaganda targeting the UAE and its role that always calls for peace in Libya without tangible support from reality , but is a clear fabrication, as fabrications become so easy in the time of fake news.

Observers denounced the BBC's distraction from the clear Turkish-Qatari role in Libya, sending Syrian mercenaries and others to plunder Libya and slaughter its people, and even compose a story and paste pictures in a funny police way.

Observers emphasized that these lies are nothing but fabrications to disregard the resounding fall of the Turkish President Recep Erdogan's project in the European Union's warnings to Turkey of the possibility of new sanctions, including wide-ranging economic measures, unless progress is made towards reducing the level of tension with Greece and Cyprus in Eastern Mediterranean.

The EU stated that the foreign ministers of the bloc meeting in Berlin agreed that" in the absence of progress on the part of Turkey, we might put a list of more measures" that are expected to be discussed during a summit in Brussels scheduled to be held on September 24th.

The slander also comes in light of Libyan activists' appeal to the United Nations and the Security Council to assume responsibility for confronting what they described as "disasters of violence and corruption" practiced by the Government of National Accord led by Fayez al-Sarraj, and the militias that support that unconstitutional government.

On Friday, the "Libyans" movement, which participated in the demonstrations in the capital, Tripoli, which entered its sixth day against the Sarraj government, sent a letter to the Secretary-General of the United Nations, Antonio Guterres, calling on him to confront internationally the "disastrous practices of the GNA ."

The "Libyans" movement is a Libyan organization working within civil society organizations, and among those calling for a demonstration of millions, Friday, against the Sarraj government.

In his message, the movement referred to the responsibility of the Sarraj government for the deteriorating security and living conditions of millions of Libyans, "by practicing a state of systematic looting and corruption, which is compounded by the use of excessive force against peaceful demonstrators demanding better conditions."

The movement called for the need to withdraw international recognition from the Government of National Accord and to prevent its representation of Libya in international circles in addition to the need to support the prosecution of its president, its plenipotentiary Ministers and its senior employees locally and internationally.

The movement accused, in its letter that published on the social media sites, the UN of failing to fulfill its assigned role in supervising and assisting in the dismantling of the Libyan militias and collecting their weapons within 60 days in accordance with Article 41 of the political agreement signed by Martin Kobler, as the Special Representative of the Secretary-General of the United Nations.

The movement referred to the statement of acting head of the United Nations Mission, Stephanie Williams, issued on August 24, in which she called for a comprehensive investigation into the use of excessive force by loyalists of the Government of National Accord against protesters who were frustrated by the poor living conditions, power and water cuts and poor government services.